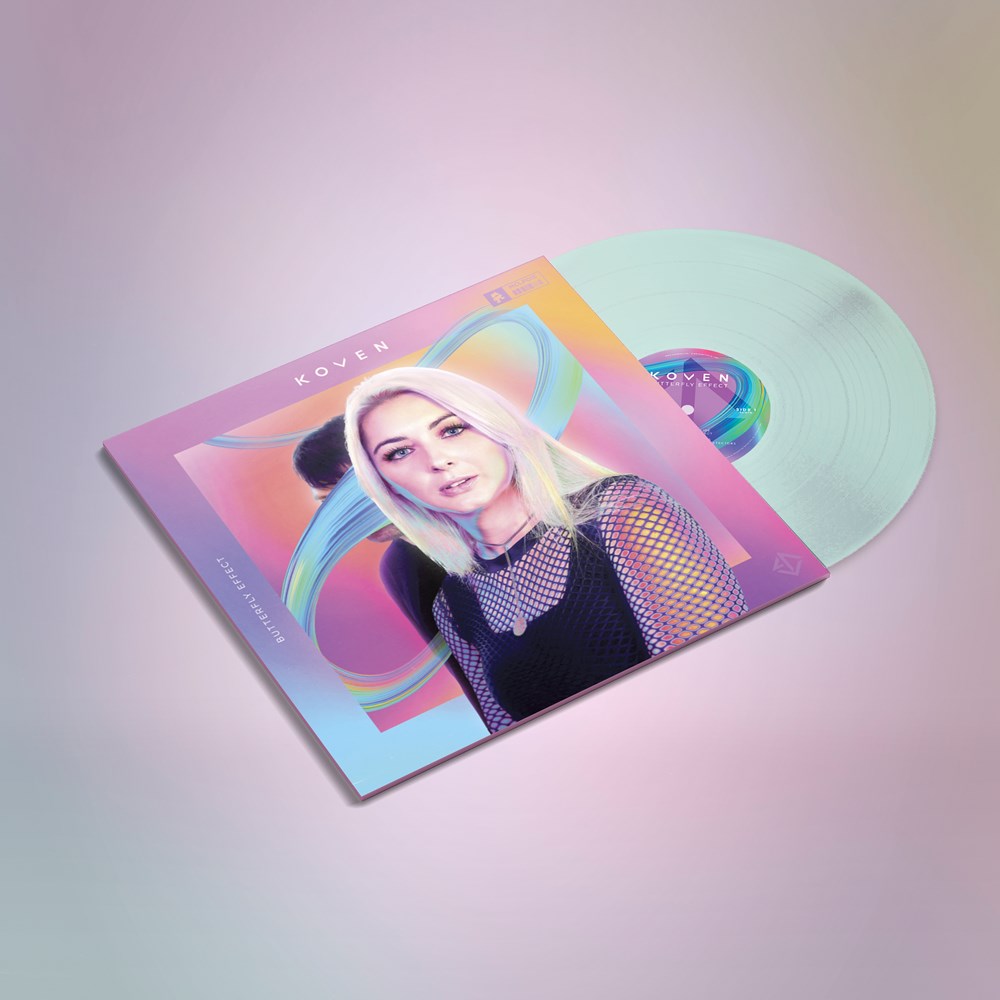 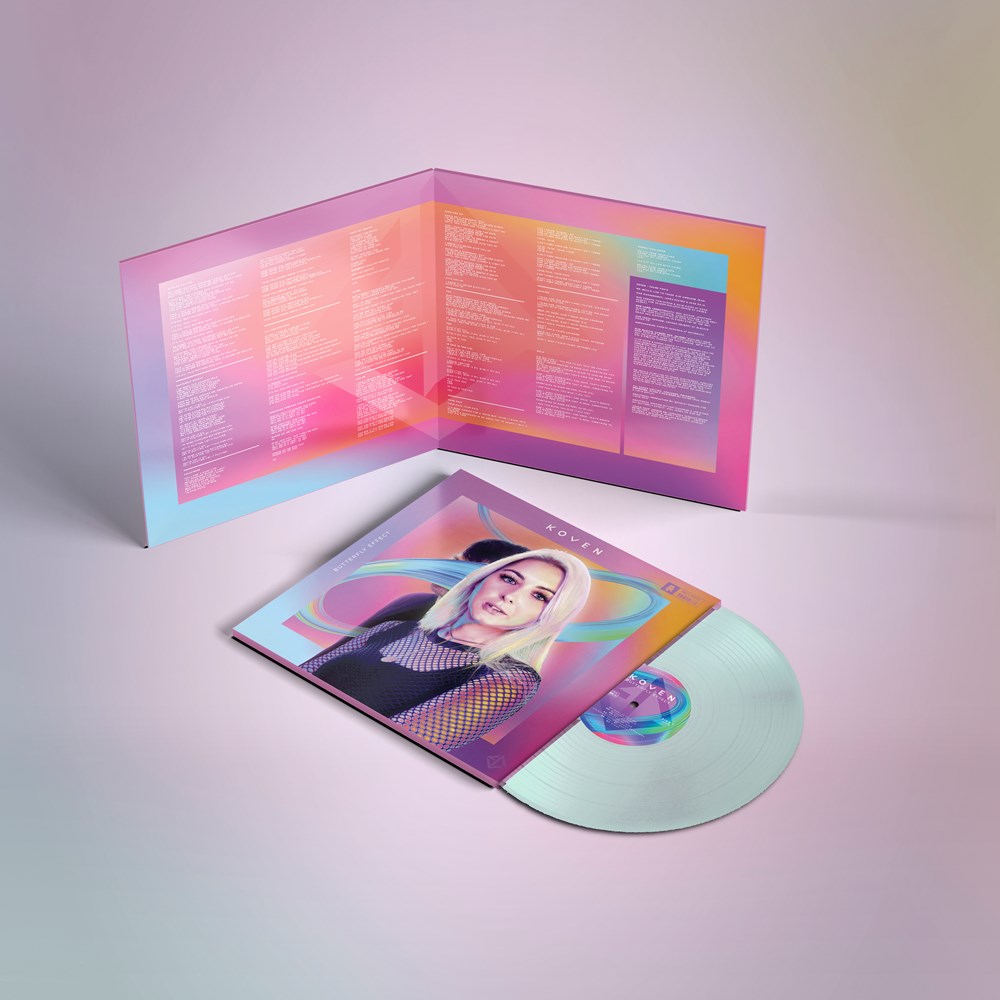 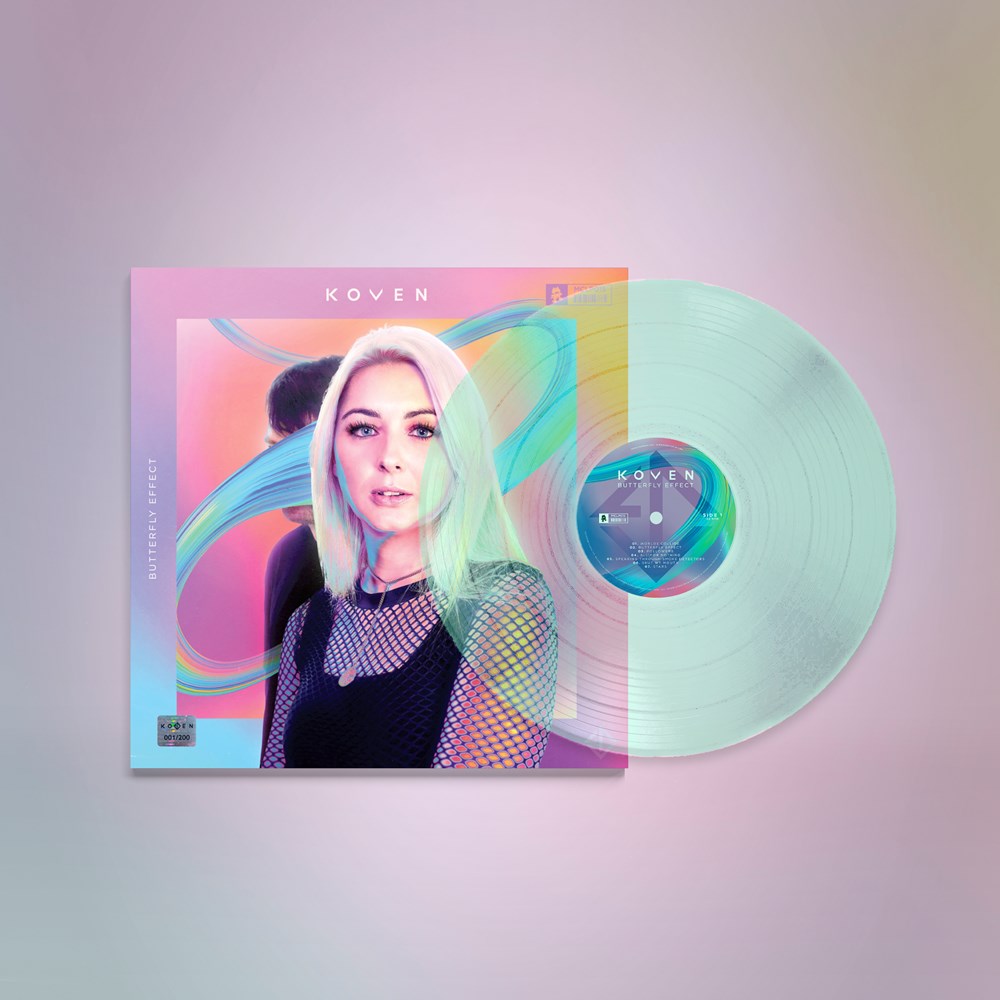 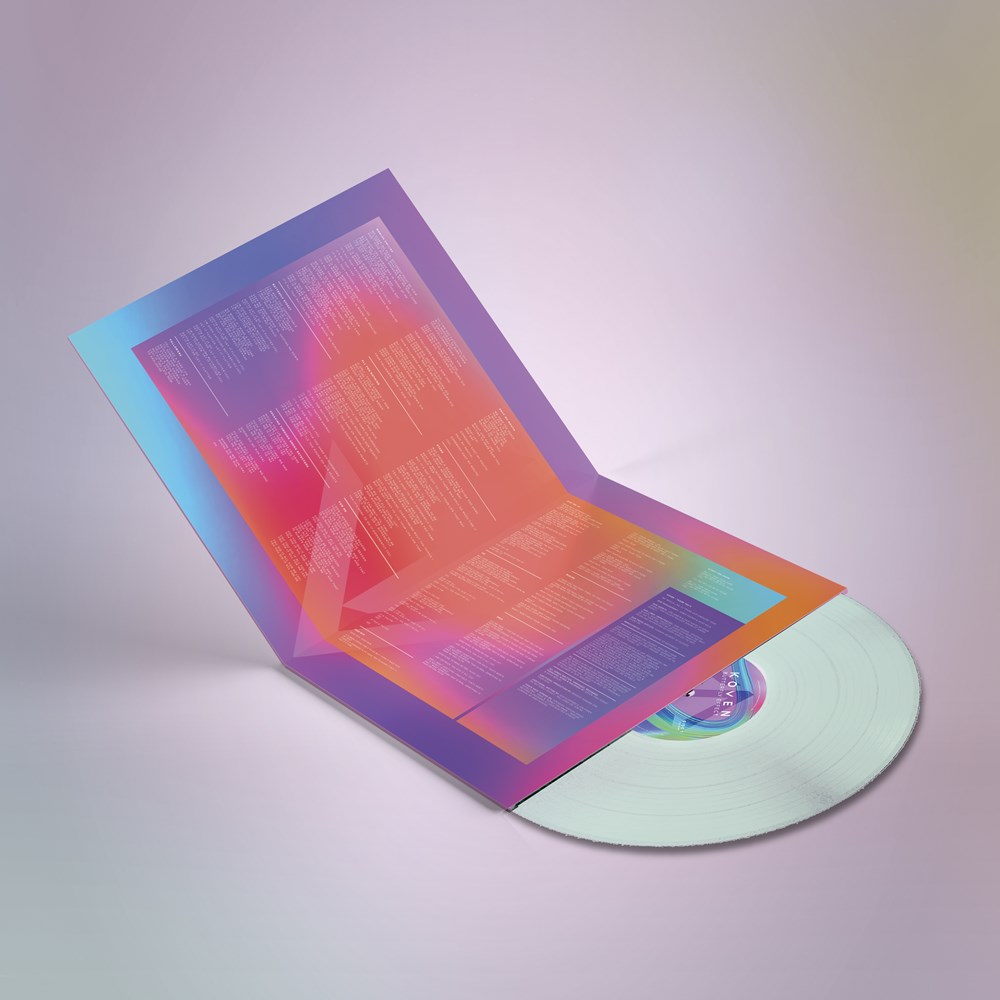 Please note this is a pre-order item due to be dispatched for delivery on approx 15th May 2020. If you purchase this vinyl with other products we'll dispatch your order once the vinyl arrives in stock you so receive it all together. You'll be able to download the WAV of the album immediately after purchase.
To celebrate the launch of our debut album 'Butterfly Effect' we have produced 200 Limited Edition Clear Vinyls which have been signed by both Katie & Max*. All items have been numbered 1 of 200.
'Butterfly Effect' has finally dropped; after Koven teasing the LP throughout 2019 and the start of 2020, this has been coined as one of the most pivotal albums of this year. On first listen to its contents, track by track, it's easy to hear why this is. With fourteen selections to choose from, each one offers the sound which has been spearheaded by Koven from the beginning, despite being presented through different tempos and exploring the full versatility of their production. Whilst Max fronts the engineering, Katie has continually stunned crowds with her vocals and explosive DJ performances; it's this combination which has captivated audiences across the world, something that's now been perfectly packaged within their forthcoming album 'Butterfly Effect'.
With several singles acting as stepping stones for the LP's eventual release, there's already been a host of music that fans, both old and new, have been introduced to. Records like 'Yes', 'Followers', 'All for Nothing', 'Shut My Mouth', 'Give You Up', 'Your Pain' and 'Gold' have taken you through the motions of 'Butterfly Effect' with its unbridled diversity. Koven has demonstrated the standards which they've adhered to throughout its process, since its first reveal earlier in 2019.
However, the vast expanse of eye-watering new music highlights that Koven's work rate is second to none. With the cinematic drum & bass flavours of 'Worlds Collide' introducing 'Butterfly Effect', it's a precursor of what's to come, quickly followed by the album's soaring title-track. The James Bond inspired 'Speaking Through Smoke Detectors' takes you through a movie soundtrack soundscape whilst the emotive current of 'For Me' delivers a different twist to their usual bass-heavy undercurrents, alongside the switched up tempo of 'Stars'.
Katie Koven's incredible vocal textures ring through tracks like 'Missing' and you're made aware of her incredible artistry from start to finish. Meanwhile, the sweeping layers of 'Surely You Know', which draws the album to a close, creates a powerful stirring of emotions, encapsulating what it means to deliver music with soul. 'Butterfly Effect' isn't just an album of tracks; it's a journey through the hearts and minds of Koven. Released through Monstercat and premiered at Europe's biggest bass music party, Rampage Festival, Koven are about to debut 'Butterfly Effect' on the world stage, whilst taking you along for the ride.

To create a new account, simply fill out the fields below.

If you are already registered for other Databeats stores, you can use the same login to access this store.

To reset your password, please enter your registered email address.

We have updated the terms for your databeats login on Koven

Please choose below if you would like to receive marketing related electronic communications from Koven, including news, events, updates, and promotional emails. You may withdraw your consent and unsubscribe from such emails at any time.